PSI also known as private set intersection, is a special problem in secure computation that allows two parties with distrust respectively holding two private sets to compute their intersection, as shown in Figure 1. 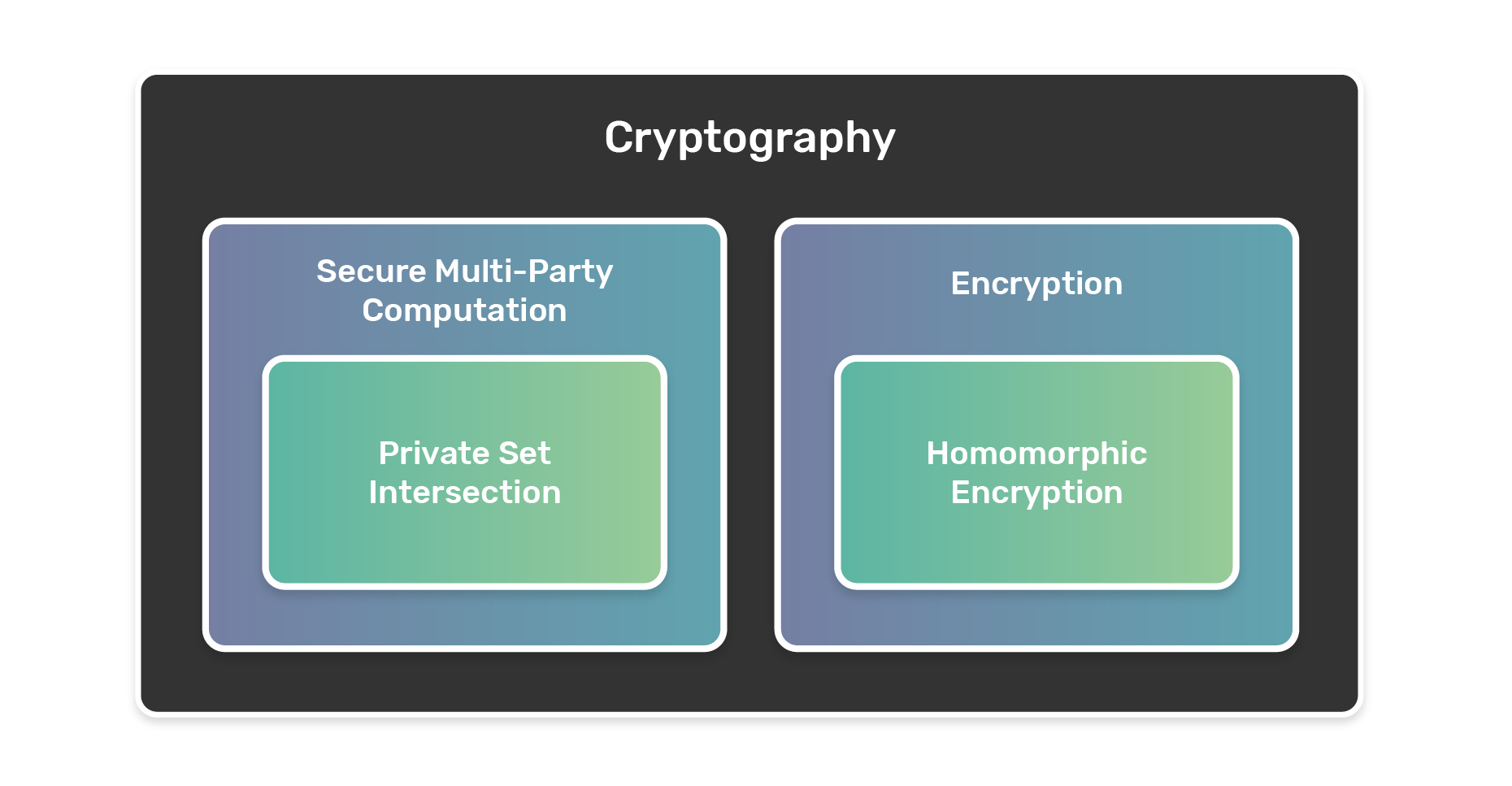 Formally speaking, let A B denote two parties, their corresponding input is X Y separately. The PSI technique is to compute $X \cap Y$ without revealing additional information to anyone except the intersection itself. The motivation of the PSI is fairly straightforward, it is from several practical applications that require PSI functionality.

Of course, there are variants due to the different privacy goals of practical applications. For example, there may be a situation that instead of only one of them can get the output both of the parties are capable to get the intersection. Another one is that the output of the protocol is the size of the intersection $｜X \cap Y｜$ rather than the elements of $X \cap Y$

So far we see the most naive way to compute PSI which sharing their data to others totally breaks the privacy guarantee of PSI. Instead of directly sharing plaintext, the less naive way is to sharing hash of the each entry in the data. Intuitively this solution works well and we see many real-world applications adapt it. The key issue is that under some circumstances users are capable to guess the plaintext, such as when the space of input is relatively small(IP addresses), brute-forcing can easily comprise the privacy of the whole protocol. It’s clear that the naive way to compute PSI cannot meet the PSI privacy definition. the academic community has proposed four solutions to this problem, we will explore the classial ideas of them in the following.

In this short article, I reviewed what is PSI and why we study PSI problem. After that we give a high level and simple enough description of three fundamental solutions to this problem. In the next article, I will cover more details in these solutions and discuss their pros and cons.